Sharp Tumbles in Cryptocurrencies | What is Running?

How Does This Price Drop Affect Crypto Investors?

The cryptocurrency market was hit by a strong sell-off today 21 Jan, which led to a loss of about $150 billion. 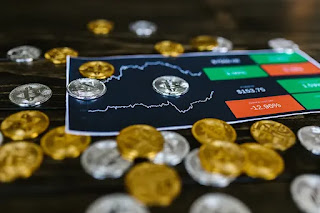 Bitcoin plunged below $40,000 and Ethereum fell below $3,000 as the broad sell-off intensified on Friday, as investors dumped digital currencies and tech stocks as they prepared for the Federal Reserve to raise interest rates.

While Bitcoin has recently declined, it started 2022 off on a high note with a strong November and early December, which gave way to the recent trend.

Is There a Reason for the Latest Drop?

Investors are rapidly selling cryptocurrency and speculative technology stocks in anticipation of the Federal Reserve withdrawing its support for markets and the economy in 2022. As a result of the four-times interest rate forecast this year by the US Federal Reserve, bond yields are rising rapidly.

Since none of these companies provide their own returns, high bond yields have made digital and unprofitable technology companies less attractive. Rather, investors are increasingly turning to sectors linked to the economy, such as energy and finance, with their so-called value stocks.

Analysts said that the Russian Central Bank's proposal on Thursday to ban mining and cryptocurrency trading was another factor affecting prices.

Cryptocurrencies pose a danger to the Russian financial system and the ruble's stability, according to the Russian central bank. "We expect the ban to reduce those threats," the bank said.

the report said "The status of the Russian ruble, which is not a reserve currency, makes it impossible to apply a soft approach in Russia and ignore the growth of risks. In our opinion, additional measures are appropriate,".

In just a few months, China banned mining and trading of cryptocurrencies, following a full-scale clampdown on cryptocurrency.

In order to better understand the operations of Russian clients, the Central Bank said it would collaborate with regulators in countries where crypto exchanges are registered. Chinese authorities took steps to curb cryptocurrencies in other countries.

The Chinese government stepped up its crackdown on cryptocurrencies in September, banning all crypto transactions and mining, causing bitcoin and other major coins to drop and putting pressure on crypto and blockchain-related stocks.

“For now there are no plans to ban cryptocurrencies similar to the experience of China,” Danilova said. “The approach we have proposed will suffice.”

Crypto firm Solrise Group's executive vice president, Joseph Edwards, downplayed the report's significance and said that no one outside of Russia would be losing sleep over it.

Don't be too pessimistic

Although Bitcoin's price has fallen considerably from its latest all-time high, many Goldman Sachs still anticipate the cryptocurrency's price will rise above $100,000 at some point, describing it as a matter of when not if.

Following the recent peak, Ethereum has experienced a similar period of volatility.

As the bank's analysts noted in a report earlier this month, they saw bitcoin as taking market share away from gold in the near future.